Over time the screen started failing, usually doing a sleep/wake up helped but finally the screen gave up. Once on it would work, as long as I would not switch of or let it go to sleep.

Apple and all so-called specialists said the model was too old and they could not repair. So sad, Chinese technicians have become pretty lousy (and lazy).

Thanks to my good friend Patrik (Swiss and used to mess around with computers and watches) we looked into the problem that appeared to be the screen Backlight/Invertor. The made-in-China spare part was of course nowhere to be found in China but I ordered it online (welovemacs.com) in the
USA and got it delivered. Then Patrik simply dismounted the whole iMac, screen and all, to do some cleaning, put in a new internal battery and change the backlight. 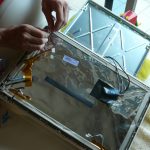 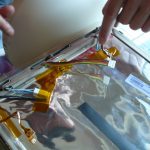 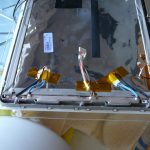 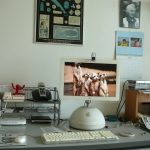 All done and … working.
Now the funniest part is, the (in)famous Mac startup “boing” is gone. We tried and checked everything. Nothing. The iMac works great but no more startup sound. We probably must have done something to the hardware while cleaning as all software checks with TechTool Pro and other did not show anything wrong.

Thanks Patrik and too bad for Apple after-sales and the Chinese “specialists”.

Remark – 23 Sept 10
Funny, my iMac sometimes “starts talking” again when starting up. But mostly still no start-up “boing”. Did not yet find a pattern. At first I thought I was dreaming but, it really “talked”… Mystery remains.