A symbol of bad quality

On 19 June 2016 I got a Fitbit Charge HR after using a modest health band version of Xiaomi. Price was RMB 758.
It was the start of never-ending breakdowns.
The top of the band was peeling off. Then later the band broke underneath near the reader unit. I used it daily but I was careful. Quality was plain horrible, it is a fitness band and should resist normal use.
I soon discovered everybody had the same issues and the discussion groups showed endless complains, all about the same.

I did try to repair to put back the band (top side) and the broken band (underneath near the reader). Super glue worked but it would never last.
See the pics, look at the bubble on the armband and the broken connection underneath. 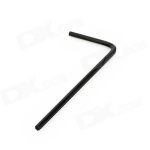 I did finally succeed to contact the company and they sent a replacement: not just the band but a complete new unit. It seems for some models you could change the band with a hexagonal wrench but in my case that did not seem to work. I also don’t have that VERY small wrench…
Looking at the flood of complaints, it was clearly a manufacturing and design flaw that was never addressed properly, totally ignored by the company.

After my complaint I did receive a new unit, in February 2017. When the electronics died (another poor quality issue) in the first unit, I then used the new one on 18 February 2018.
Sadly the new unit also did not last long. The electronics died. See the Fitbits ready for the garbage bin.
That was the end of Fitbit for me and I said I would never buy a Fitbit again. The horrible handling by the management of that defect was really a shame for the company. They would simply ship the same rubbish as a replacement…

With the flood of complaints, Fitbit closed the help forums related to “Charge HR Band Delamination Problems” and related:

But for me, the story with Fitbit did not end there…
More to follow!

The FitBit websites are a pain, in Beijing I can only see Chinese, if I am on Japanese server, all Japanese and no clear way to switch to English. So I had to switch my VPN to a USA server.

I guess Americans must think people never travel. You are supposed only to visit their websites when you are in your “home country”, whatever that means. So if you are visiting another country, you have no more access to the website.

Talking about shortsightedness in the 21st century. Worse, as it is the case for many of those websites, there is no clear link to switch the language and the country. Sadly to say, Google is one of the retarded in that aspect. They all blindly look at your IP address from where you go on the Internet, and trying to change the “country” is mostly unsuccessful. Good we have VPN to fool them.

One thought on “Fitbit Charge HR”