This pretty chilling video has been circulating, again, in Beijing and it upsets some Belgian residents who are questioned by Chinese, to explain what is going on. Mostly a call for Sharia law in Belgium plus extremist blabber. With the recent terrorist attacks in Belgium, our country has gotten a dubious reputation. The dubious “star” is Fouad Belkacem (a.k.a Abu Imram).
See:  http://tundratabloids.com/2012/04/cbn-report-belgiastan-the-coming-takeover-of-the-heart-of-the-heart-of-europe/

CBN REPORT: BELGIASTAN, THE COMING TAKEOVER OF THE HEART OF EUROPE
Posted in April 2012 on CBS (Christian Broadcast Network), according to many being a questionable source.
Also here (best quality):
http://www1.cbn.com/video/belgistan-sharia-showdown-looms-in-brussels

Also to note: Belkacem had already been convicted in 2012 for incitement of hate against non-Muslims. Other convictions mentioned (burglary, etc.) I could not verify.

Well, happy to know our Belgian government has acted against this extremist group.
Unfortunately the danger of the whole movement is still there and the future of Belgium (as well as other EU countries) will depend on how the governments act. Never too late, despite all the mistakes committed by our politicians, to let this happen and the influence of these people growing out of control. Still today, some “conservative Muslims” want to shovel down our throats their “views” on our women, our society and our life style.
It is not a question to “ban Muslims”, it is the question for moderate Muslims to take the lead and show smooth integration and mutual respect is possible.

China Daily published an article that the Saudi Education Ministry has warned International Schools from marking non-Islamic occasions, such as Christmas and New Year. No holidays allowed nor changes to the exam schedules. No Christmas in Saudi Arabia.
Once I heard Trump say he would bring back Christmas to the U.S., as many shopping malls are scaling that all down “because of sensitivities”. For once I agree with him. Nothing wrong with Christmas as there should be nothing wrong to have Chinese New Year or a Muslim holiday. We should all respect each other.

Saudi Arabia and some other Muslim countries are “close friends” of the USA. It turned out those countries gave a lot of money to the Clinton Foundation. At the same time, they are the worst in human rights and treat women and LGBT very badly, the least to say. If China would do 10% of all that, they would receive world-wide condemnation. But Saudis? No no, close friends (and they have oil, remember! And money!). I am sure the Foundation is not an isolated case, just one of the many.
So far so good for the hypocrisy of the West.

See here, not verified if the figures are right, but the local laws look true:
http://www.breitbart.com/big-government/2016/06/14/hillary-clinton-took-millions-anti-lbgt-countries-gays-jailed-put-death/

I posted this on Twitter and Facebook:
Saudi Arabia (our “good friends”) bans Christmas & New Year in international schools. OK let’s ban Muslim holidays in Belgium. Mutual respect?
Oh well some “Did not see the link between Muslims in Belgium and Saudi Arabia”, even bringing up KKK. My comment:
The point is, in our countries we are forced to respect whatever request from Muslims (some even want Sharia and attack our women for not being properly dressed), and we comply often out of “respect for diversity”. However in countries like SA there is zero tolerance for non-Muslims. Worse, they are our “close friends” and when they visit us we have to cover up “naked statues”. When will Europe get this? It is a matter of mutual respect and tolerance. Not one-way street. I am NOT calling to stop Muslim and other holidays in our countries. The people who misunderstand this just don’t get it (and I could care less). But people coming to our countries must respect our culture or stay away.

A dark day for all of us, sorry, minus the 50% of the USA who show how far ignorance can lead towards tragedy. And oh yes, probably the Russians are celebrating (and maybe China a little bit too).
The following article sounds much like an obituary:

“The election of Donald Trump to the Presidency is nothing less than a tragedy for the American republic, a tragedy for the Constitution, and a triumph for the forces, at home and abroad, of nativism, authoritarianism, misogyny, and racism. Trump’s shocking victory, his ascension to the Presidency, is a sickening event in the history of the United States and liberal democracy. On January 20, 2017, we will bid farewell to the first African-American President—a man of integrity, dignity, and generous spirit—and witness the inauguration of a con who did little to spurn endorsement by forces of xenophobia and white supremacy. It is impossible to react to this moment with anything less than revulsion and profound anxiety.”

A break with the Obama legacy

Oh well, the GOP always hated President Obama. He was too intelligent. Reason why none of the intelligent candidates from the GOP made it anyway. Pity, there were some excellent ones.
The GOP finds all wrong with Obama, playing obstruction and refusing cooperation on anything, just to boycott. Then they blamed him for “not doing anything”.
Actually his record is pretty good, despite the obstructions.
Even looking closer at “Obamacare” the evaluation is pretty positive, despite the hoopla against it.

Democracy has reached a dead end

On the Democrats side, it is a pity Bernie Sanders did not make it. I liked the guy and many of our ideas match. The party also could not really find a better candidate than the controversial Hillary? Anyway she was the lesser evil.
It happened with Brexit, with the failed “democracy” in Thailand and in other countries, it is the victory of ignorance and demagogy.

Of course the big question is, how did this happen? It seems pretty clear the Trump camp was motivated against Hillary. But it was also rejection of the political establishment, a revolt by people who felt left behind and that nobody was addressing their problems. Income inequality, fear of the Muslim extremists, feeling of rising crime, invasion of migrants, and so on. Trump played skillfully on that while proposing unworkable solutions – but solutions that appeal to those who are unhappy with the political system. Trump predicted that all himself in People Magazine 1998.
It was a vote less for Trump than against the establishment.

That all gives ample ammunition to countries as China to validate the failure of democracy.
As the vast majority agrees in China, the country is not ready for democracy, as it would bring chaos. So, no thanks.
China is going through a very difficult time. To protect the survival of the system, the government is eliminating as much foreign influence and “meddling”. Censorship on all levels has been increasing with ferocity. Now China can go ahead and do whatever it thinks is best for the country. And nobody has now any standing to criticize nor “interfere”.
Europe also has little leverage. They complain about China but ask for their money.
Now we have to see how things will go in Europe. Marine Le Pen is happy, a sign of further trouble. 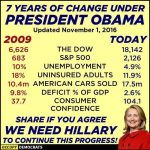 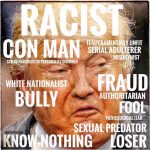 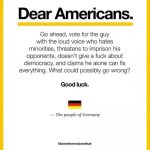 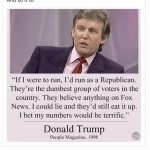 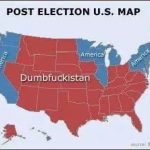 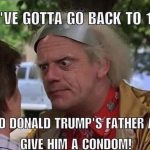 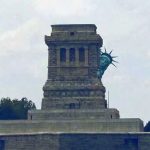 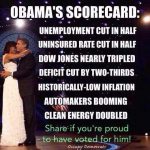 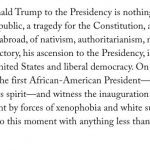 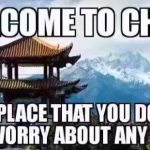 I close the chapter with looking at some representative cartoons and quotes, yeah some will say “we had the last laugh”.
Just to bury this all and leave it as such. Comments closed.
I really must start writing my next book. Bernie could like it.
And maybe better to ignore all American politics, to avoid a bad mood. Let them sort it out.
Maybe I should apply for membership to the Chinese Communist Party? Tough luck, I would not qualify.