Should we have a right to repair our iPhones?

I quote here parts (edited). It is totally in line with what I could write or have written myself. A video I made about some Apple products is in the pipeline.
The topic is also detailed in my book Toxic Capitalism, where I give several examples and attack the throw-away culture and the effect on our planet.

More about the right to repair movement

‘Right to Repair’ movement pushes back against manufacturers, 30 November 2016:
http://www.abc.net.au/radionational/programs/breakfast/right-to-repair-movement-pushes-back-against-manufacturers/8077744

The problem of e-waste

This is exactly the argument in my book.
See here one the many examples in my book, electronic starter units for TL lamps that have a lifetime of less than one year and then the complete set must be trashed. Chinese rubbish products. (Electronic ballasts employ transistors to change the supply frequency into high-frequency AC while also regulating the current flow in the lamp.) 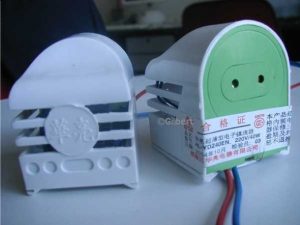 According to right to repair advocates, our throw-away culture not only limits consumers’ rights, but harms the environment.
Electronics in particular are not very recyclable, so even if you take your electronics to recycler that can process electronics, they’re only able to get a few of the elements back.
The industry, however, is not sympathetic. As companies continue their efforts to make products unrepairable, the right to repair movement tries to find new loopholes and ways to mend electronics. It is actually getting worse, as we see with Apple products.
Many in the movement getting government on side as their best hope. In Sweden, for example, consumers are given tax breaks for having their electronics repaired in order to reduce waste.

For our English speaking readers

The article mentions the set-up of a new initiatiive by the Belgian organization TEST AANKOOP (Test Purchases). It wants to point out companies who use built-in obsolescence to force consumer to buy new equipment, a practice I denounce also in my book Toxic Capitalism.
More about this all in other posts. 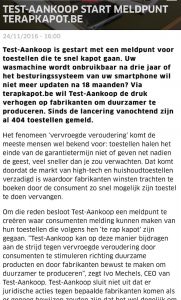 Some excerpts:
Temperatures and sea levels will rise, while heat waves are set to become more frequent and deadly.
An international team of researchers studied the impact of global climate change that has occurred in the past few decades as a result of human activities, and found that a global increase in temperature of 1 degree Celsius has already had a significant affect on a wide range of basic biological processes, from genes to ecosystems.
Source: Center for Integrative Conservation at the Chinese Academy of Sciences’ Xishuangbanna Tropical Botanical Garden.
There have also been noticeable changes in marine fish catches, with commercially important species moving north as the oceans get warmer. Freshwater fish have also been affected, and the impact of global climate change has mostly been negative.
Climate change doesn’t only affect temperatures. Changes in rainfall are more difficult to predict, but some places will get wetter and some drier. Sea levels will continue to rise and the oceans will become more acidic as they absorb carbon dioxide from the air. Heat waves will be more frequent and more deadly.
The research conclusion was reached after studying hundreds of previously published scientific papers. The scientists identified a set of core ecological processes and assessed the already observed impacts of climate change on each one.
The research systematically evaluated the impact of climate change on different species on Earth. It aims to make people more aware of the urgent need for reductions of carbon emissions, and give decision-makers a better understanding of the impact of global warming.
While the first 1 degree Celsius rise in temperature took a century, the next will only take a few decades.”

Extreme weather patterns, pests and diseases are impacting food security in China and the world, according to experts at the 7th International Crop Science Congress being hosted in Beijing this week. Earth’s overall temperature rose by about 0.75 C over the last century, according to Zhang Weijian, the chief scientist of agro-ecology at the Chinese Academy of Agricultural Sciences.

Trump and his hoax claim

Among the many election absurdities of Trump, his claim that China invented global warming stands out. China told him flatly it actually was initiated by Republican predecessors (who were a little more clever).
See:
“China tells Trump that climate change is not a hoax” – 18 November 2016
US President-elect claims climate change a hoax invented by the Chinese
http://www.scmp.com/news/china/article/2047040/china-tells-trump-climate-change-not-hoax

Excerpt:
China couldn’t have invented global warming as a hoax to harm US competitiveness because it was Donald Trump’s Republican predecessors who started climate negotiations in the 1980s, China’s Vice Foreign Minister Liu Zhenmin said.
US Presidents Ronald Reagan and George H.W. Bush supported the Intergovernmental Panel on Climate Change in initiating global warming talks even before China knew that negotiations to cut pollution were starting, Liu told reporters at United Nations talks on Wednesday in Marrakech, Morocco.

I like one of the comments:
“Probably we also haven’t been on the moon and Elvis is still alive, anyone in his right mind who denies that climate change is happening should loose his right as an adult to vote.”

In our Beijing home we use individual air-conditioners, wall-mounted, of the split air conditioner type. I don’t see anymore any of the window type. If you have a central air conditioning system you have less control on the air quality and maintenance is generally limited to clean the ducts, vents and collectors of condensation. If the condensation collection is dirty or badly installed (e.g. the water cannot drain easily and also the outlet tube is blocked), you can have fungus growing plus dripping from the ducts.
In our Beijing home most are of the Chinese brand HAIER and were installed around the year 2000.
For an overview of types of air conditioning systems: http://www.brighthubengineering.com/hvac/897-types-of-air-conditioning-systems/

We had a couple of breakdowns with the split air conditioner type, mostly because of old electric capacitors or low cooling gas levels.
In Beijing (I guess all over China), the external tubing is badly projected as they use that white tape that is not UV resistant and disintegrates after one year with the sunlight. I bought better tape in Belgium.

I have given up asking “repairmen” to clean the wall-mounted units. Parts that need cleaning are the filters (easy), the cylindrical fans (very difficult) and the collectors of condensation plus the piping to drain the condensation. Some workers injects a kind of foam in the units. Totally useless, does not clean and for months you still have foam coming out from somewhere.
The fan is a pain to reach and to clean. Despite the filters the fans collect dust that glues to the inside of the blades. That results often in fungus growing on it and vibration.

I simply dismount as much as I can. removing the fan cylinder is however too difficult.
The most efficient cleaning method for the fan: using a strong spray of water with some detergent. Most of the dirt gets lose and drips out. A bit messy, so one needs to protect stuff around.
The aircon in my office, the one most used, is getting at its end. Reason: rather poorly designed axle support at the end of the fan cylinder: a tefal-like axle support that is worn out and is inside some rubber support, with the rubber giving up now. To get the spare part, forget it. Might be cheap but also impossible to find, so I guess after over 15 years it is time to buy a new one… 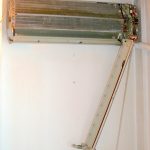 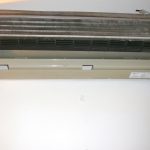 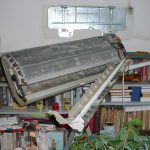 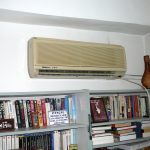 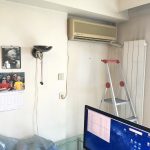 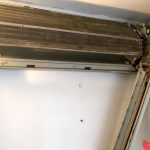 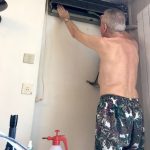 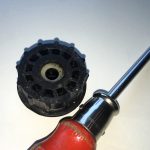 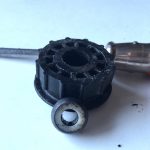 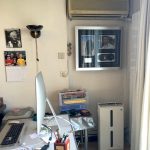 The pictures of the maintenance, two different rooms.
See the axle support piece of the office unit.
Two different repairs shown, in the library I could remove the unit from the wall (easier cleaning).
See the simple spray I used, also using a brush to clean the fins of the cooling unit.

Repairing the coffee machine mostly is limited to the common problem of scale. Descaling is an important process that removes calcium deposits, or scale, that can build up inside a brewer over time. Calcium and scale is non-toxic, but left unattended, it can strongly affect the passage of the hot water.
It is easy to get rid of it with a descaling product, see two types.
Another issue is that your machine seems to have died completely. That is nearly always caused by a faulty thermal fuse, which is supposed to protect against overheating. Real overheating rarely occurs, many of those fuses are of poor quality and have a limited life. They can be bought online (Amazon and others). In Beijing one fuse costs like 2 RMB… I have plenty of spares left… 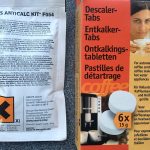 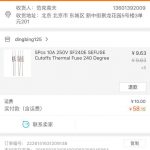 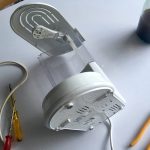 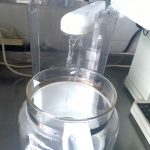 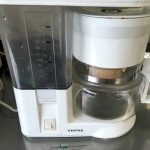 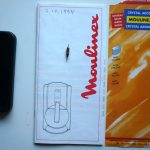 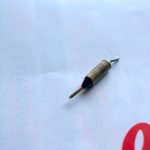 Repairing the coffee machine is mostly pretty easy, even to put in in a new thermal fuse. Don’t solder it as it can damage the fuse. The easiest way is to bridge the old fuse with a new one, bending the terminals around the old one.
Opening some of the machines can be tricky as they often use funny screws, but with some creativity you get them out.
Sometimes it is the switch that gave up, so better measure the switch first before getting a new fuse. If the switch is broken, the easiest but less good-looking solution is to install a new switch on the external power cable.

I made a mistake: I could have repaired my “famous” coffee machine the same way, extending its 20 years of use (1994-2014). That time I failed to look up the fuse problem when I already had a suspicion it was that “small black piece” that was busted. The machine, a MOULINEX is featured in my book Toxic Capitalism.
Moulinex Crystal Arôme: how to repair

Moulinex Crystal Arôme: how to repair